Meet Pushpendra Singh, our General Manager at Bandhavgarh Jungle Lodge, a man of few words and who has been the backbone of the Jungle Lodge from over 25 years. He joined our company in 1995 and under the able guidance of the owner Mr. Pradeep Sankhala, learned the ropes of the hospitality industry. With a wealth of experience now he manages the local staff and our lodge as well as personally caters to all guest requirements.

His dedication, integrity and contribution towards the Jungle Lodge is unsurpassable, he is known and respected by one and all in Bandhavgarh. Though he hails from Jaipur, Rajasthan, Bandhavgarh is his home away from home! Today you can catch up with him over a cup of tea and listen to his in numerous stories along with his memories of Bandhavgarh National Park and its world famous tigers! His storytelling will keep you mesmerized, some of the best kept secrets and wild old tales from the past !!!!

Growing up in the midst of the rich Panna forests, Sadhvi’s love for nature comes, well, naturally. Her great grandfather, an army man moved to Panna, Madhya Pradesh, famous for its national park and diamond mines, became the family home.

Armed with a Bachelor’s degree in Tourism Management, and a certified diploma in German from New Delhi, Sadhvi joined as an intern at one of the leading players in the sector of luxury lodges in national parks in India. She trained to be a professional naturalist and appreciating the wildlife of the jungle from a new standpoint. Being adept at her work, she joined the operations team and in close to a decade became familiar with four of the biggest national parks in Madhya Pradesh, including Kanha, Bandhavgarh, Pench and Panna, through her work.

Married in 2016, she came to Bandhavgarh Jungle Lodge where her father-in-law, Pushpendra Singh, was looking after the property that was lovingly set up by Pradeep Sankhala over three decades ago. Fond of interacting with people and exploring the jungle, Sadhvi, encouraged by Amit Sankhala’s vision to spearhead the operations and oversee the family-run jungle lodge of repute, used all her expertise to bring about the changes to include local community participation to an even greater degree than before.

A Chandigarh born, management graduate never knew that his passion will take him out of the concrete jungle to the Central Indian Landscape teeming with wildlife. A journey from being a city kid, to an animal lover, conservationist, a safari guide, and a wildlife photographer who surrender himself to the unraveling mysteries of nature.

It has been six years now here at Bandhavgarh, I don’t know how many tiger sightings I have had, the number of photographs I have clicked but still every time I take guests in the park the level of excitement and curiosity is the same, like when I saw my first tiger in the Wild.

Shiv our Graphic designer turned Naturalist:  After the completion of my school, I decided to pursue my career in Animation & Graphics. I came in contact with one of the Wildlife enthusiast, he advised me to pursue a career in Wildlife and be a Naturalist. It was a big decision to resign from a full-time Animation job and switch to wildlife and start from zero. I took that decision and it’s been 8 years I never looked back.

As a “Wildlife Camp Naturalist” I feel I have an abiding passion for wildlife and nature.

It is important that our nature be preserved for future generations to come.

A Smiling face with so much warmth and for that reason, Suresh is someone whom you’d want to meet the most when you’re at the lodge. Officially he heads the housekeeping team, but it would be very unfair if he is called anything less than an all-rounder. From basic maintenance to, storekeeping, to procurement and helping the service team whenever required. Suresh does it all, like a pro.

He is a local and has been working with Bandhavgarh Jungle Lodge for over twenty years, he too joined when the lodge was quite new, without any prior training in hospitality. With the help of lodge management’s effort to train him and his hard work has brought him a very long way, to be the man that he is today, we couldn’t be more proud of him and can’t imagine our team without him.

Meet Lallu –  Lallu has been working with Bandhavgarh Jungle Lodge for 22 years and is one of the important pillars of the Jungle Lodge family. He joined when there were hardly any lodges around the National Park and there was obviously no way of getting trained into hospitality. However, one thing always stands out in our staff is “warmth” and the genuineness makes them special.

Lallu has been able to send his daughter to a nearby town to learn the computer and Son goes to an English medium school. Lallu is always there to greet and assist when you come back from Safaris. Have you met him already? 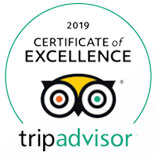 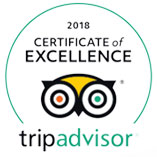 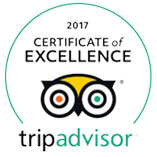 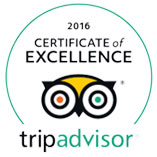